Make hilarious creations, frame your masterpiece and print it out. 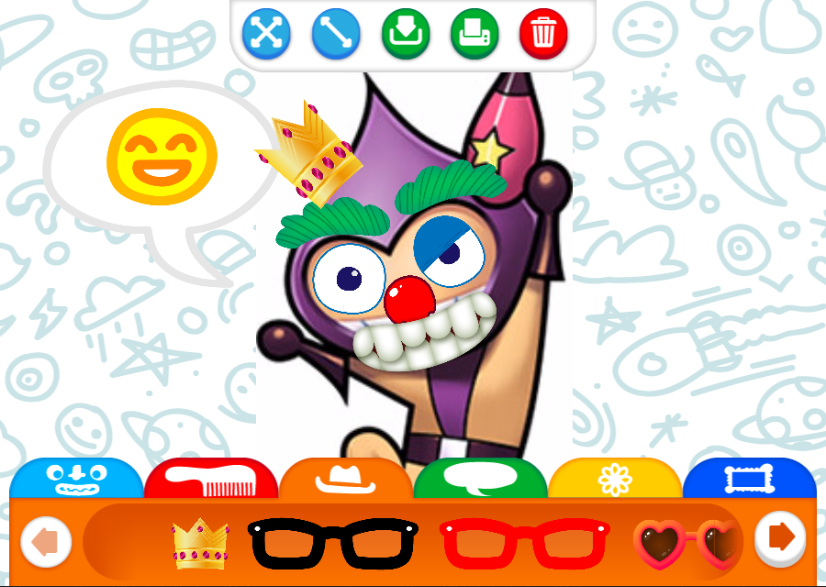 Let your kid’s creativity grow thanks to Selfie Stickers, a video game where our little ones can play with their imagination by modifying their favorite photos. They will have fun using the stickers to make hilarious creations by adding them to their selfies. They will use items such as cat eyes, toothless mouths, big clown noses, funny elf ears, moustaches and colorful eyebrows, as well as hats, bows, glasses and even bugs or stars. And once they are done they can even frame their masterpiece, save it or print it to hang it on the wall and show everyone what an artist he or she is.