This is a traditional solitaire game where you must take apart the construction made of dice. 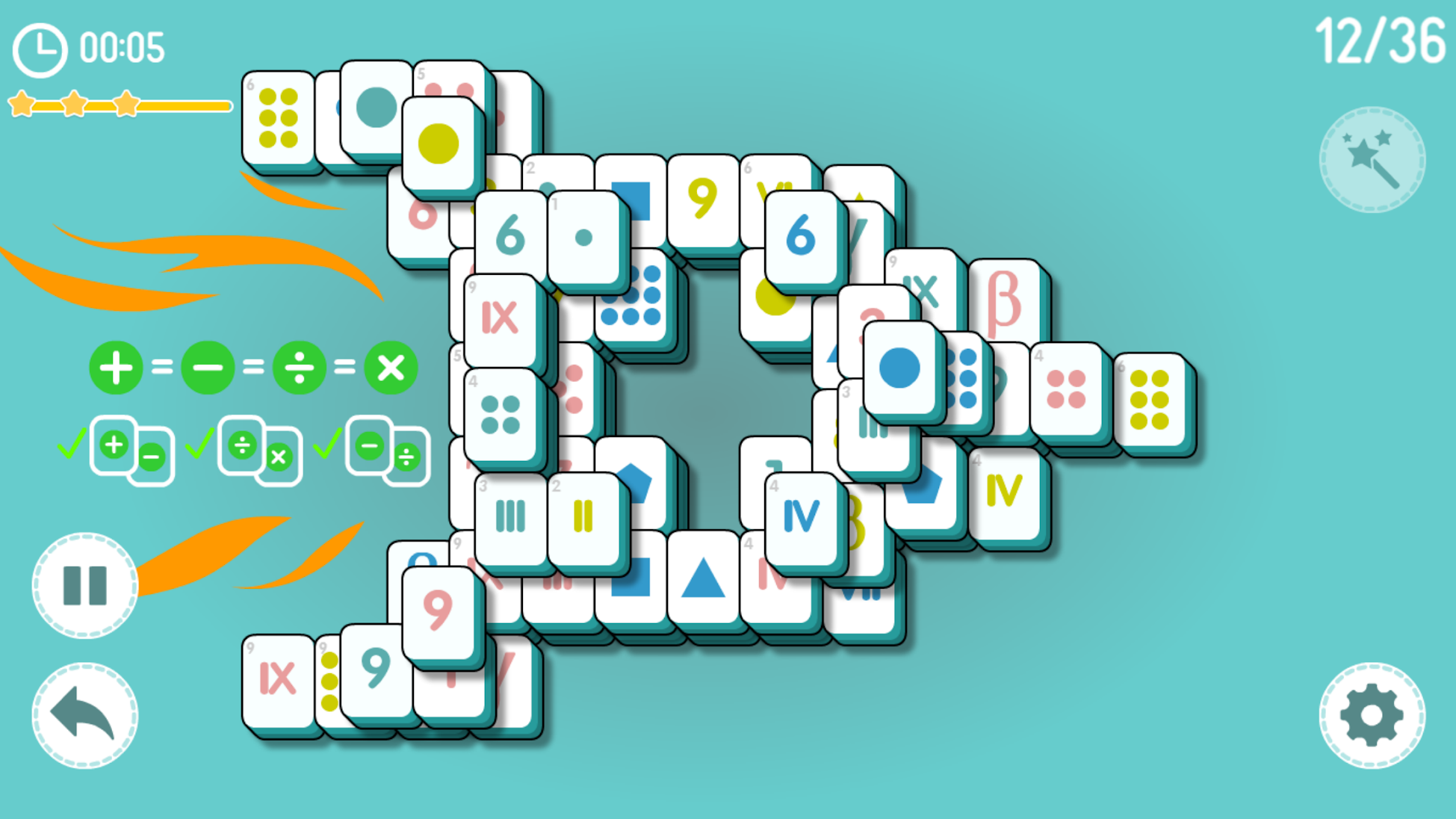 Play Cool Math released this lovely mahjong game: "Welcome to online Math Mahjong Relax. Math Mahjong Relax is a traditional solitaire game where you have to take apart the construction made of dice. The game helps to improve your attention, speed and math skills.

Dice differ in the image on the upper edge. With one move, you can get only two same and open dice. The dice is considered open if its left or right face is open. The game includes 36 levels from simple to complex ones. In the beginner levels you will learn the rules, find out which dice differ and which ones can be interchangeable. 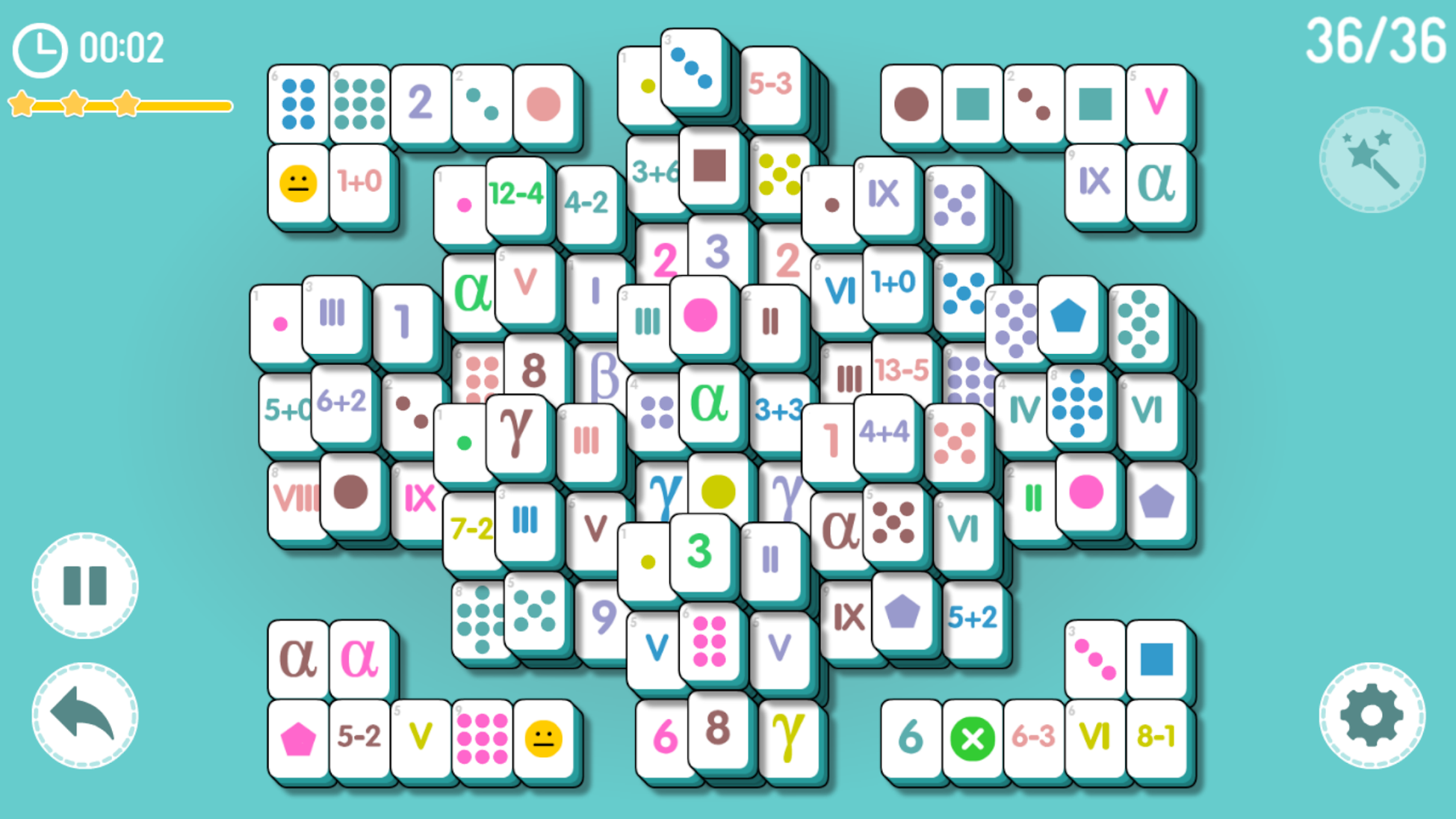 Dice have three suits: numbers, dots, Roman numerals. The game also includes the dice of other types: geometric figures, arithmetic functions, Greek letters (which are most commonly used in math definitions). In more complex levels, we added arithmetic examples about addition and subtraction. You will have to discover the same dice, for example dice 5, 3+2 or 1+4 are the same dice, since their total amount equals 5. Try to pass all the levels and get 3 stars in every level."