Take control of Dossier the mouse and fight his way through the sewers of Paris, collecting cheese and wine and defeating the rats. 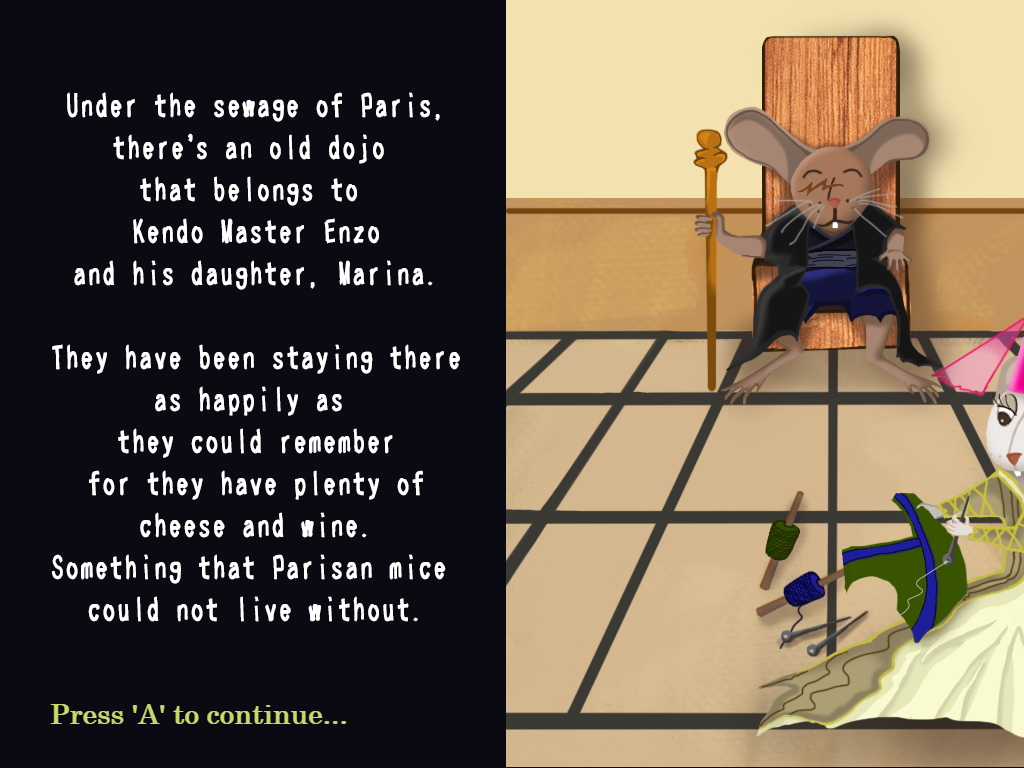 icebabygames have released their very first title: "A ninja mouse fighting his way through rat hoards and cats to gather cheese. Will he be able to defeat the big rat boss and collect the ultimate prized cheese?

The first game I created! I hope you guys enjoy playing it ;)" 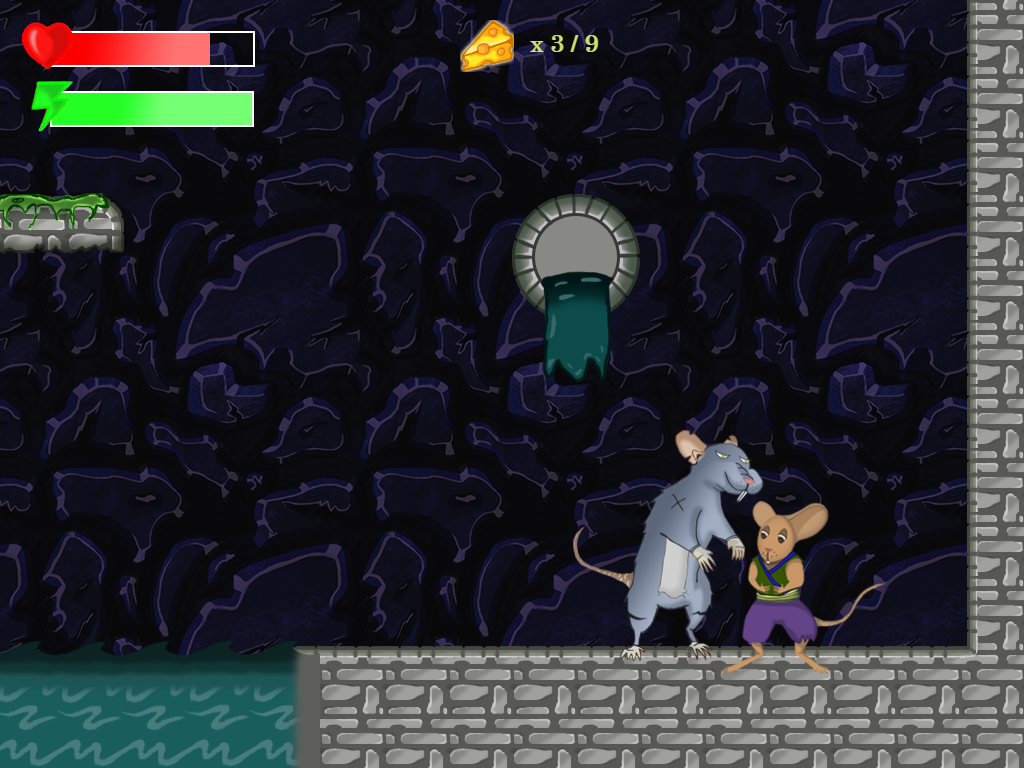 Dossier is a fun platform game. The mouse gets to collect cheese to replenish his energy, and wine to improve health (although it seems to sap his energy!) - the baddie rats can be jumped on to get to higher platforms until you collect a weapon, and then you can smack them around instead. There are slimed platforms, water and a nice intro sequence too. For a first game it's an accomplished effort.