400 pages of detailed tutorials
with full source and graphics 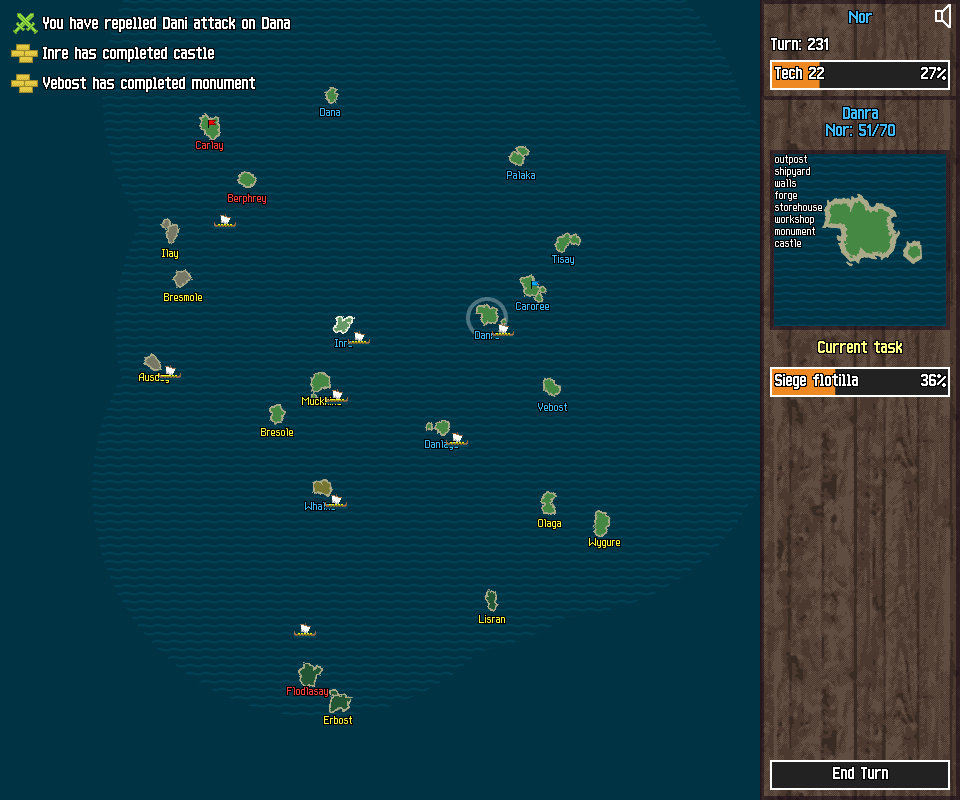 This game by watabou was originally released late 2015 as part of the Procedural Generation Jam contest. And we missed it, which is a crime, because it's such fun.

"This is a simple 4x-ish turn-based strategy game about expanding an island empire of your tribe and crushing enemy tribes.

Build flotillas to colonize uninhabited islands and assault enemies' islands. Construct buildings to improve your islands and make them stronger. Destroy your enemies and don't let them destroy you."