The Next Arrow Tutorial

Recreating this fun puzzle game in 200 lines of code 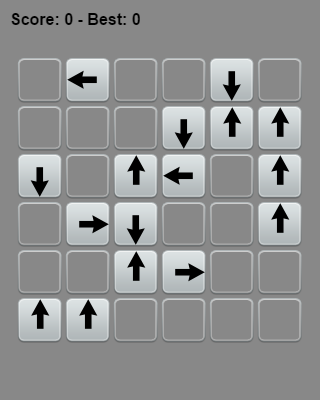 Emanuele Feronato writes: "Did you play The Next Arrow by Kevin Choteau?

It’s a fun puzzle/strategy game, probably too much luck-driven but I found the concept behind it quite interesting.

The plan was to make the game in less than 100 lines then explain it, but it turned to be more complex than I supposed and eventually it took me more then 200 lines to create the entire game."