Shoot hoops against some of the biggest names in basketball. Play with friends or go solo in tournaments and quick matches. 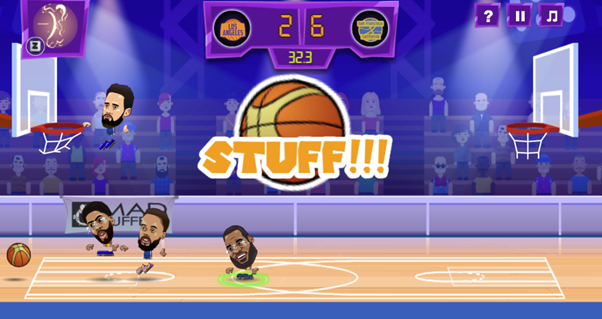 Basketball Legends is back in 2020 for a new season on the court. Shoot hoops against some of the biggest names in basketball. Play with friends or go solo in tournaments and quick matches.

Basketball Legends is the sequel to Basketball Stars by MadPuffers, featuring sleek new graphics and gameplay.

You can play as all the legendary basketball teams. Team up with your friends or take them on in a head-to-head scrap. In singleplayer, you can play singles or doubles against lively AI characters.

In tournament mode, you can slam-dunk your way through the leaderboard and become an NBA all-star - if you have the skills. Choose between normal and hard difficulty, pick your favorite team, and get started. If you want to play a game immediately just hit “quick match” and you’ll be right on the court! 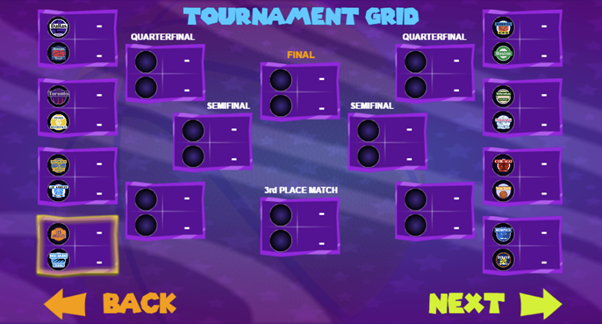 Each player has a specialty, whether it’s a fast break, ruthless defense, or blazing slam-dunk finishers. Choose a player that has the moves you’re looking for.

Once you get the hang of Basketball Legends, you’ll be battling in a tit-for-tat scrap for the ball, doing everything you can to delay your opponent and score goals. Like Basketball Stars, you can dash past your opponents, hit them, and do epic jump-shots across the court to outplay them and score that all-important shot.

Basketball Legends keeps to the realism of the sport, with three-pointers, alley-oops, and other moves being praised by the game when you achieve them.

Crazygames is a proud sponsor of Phaser and consistently add the latest HTML5 and mobile games to their website daily, with categories ranging from driving, shooting, and adventure, to co-operative puzzle and logic games. If you're looking for more, head on over there to start playing.