Learn how to create
a full cross-platform game

A high priority point release that addresses issues with fullscreen mode, input events and others in 3.16.0. 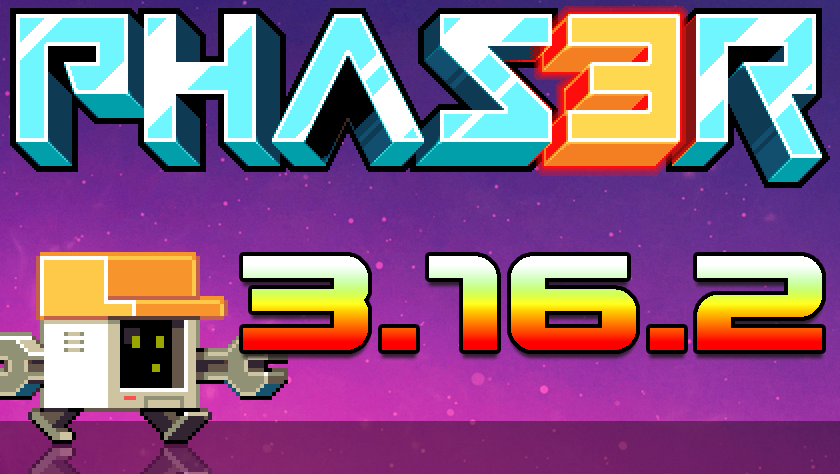 Some of the most important fixes in this release are:

There are also updates and a complete overhaul of the Matter JS Pointer Constraint class.

You can download Phaser 3.16.2 from the GitHub releases page, or pull it in via the npm package. The pre-built files are available on the jsDeliver CDN.