A fun knife throwing game where you have to slice the apples in two. 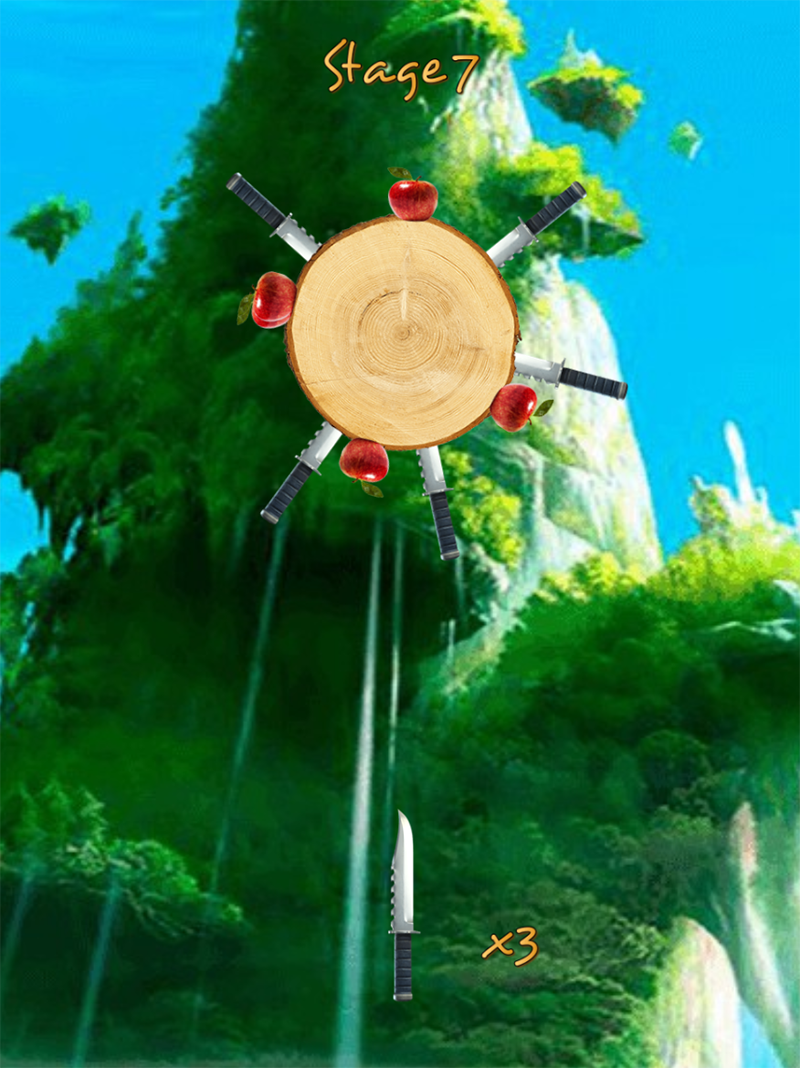 Throw Apple is a fun casual game that uses the now-common knife throwing mechanic. Where the aim is to stick the knife into the rotating wooden post, without hitting any other knives as they spin around.

This one changes the concept a little in that you have apples to aim for. Hitting them rewards you with more shots. It definitely makes it more fun as you carefully aim the knife to slice the last apple in two, avoiding the others already stuck in there.